Dementia and Dementia Care Webinar welcomes you to Present your research and Ideas at Pune,India on 26th - 27th Jan 2023.


Dementia and Dementia Care Webinar aims to gather eminent scientists, research scholars, notable neurologist, and educationists and professionals to express their views on the latest technologies, trends, and concerns in Dementia. Dementia focuses on addressing the constant effort being made by scientist and scholars to improve the existing and inventing novel technologies for future. It provides a platform for organizations, companies, associations, societies, institutions, statutory bodies and other authorities and individuals interested in presenting their thoughts on Dementia procedures and services.

Dementia is type of disorder in which a person loses his ability to remember things and reduces the thinking capability of a person. This disease is commonly found in old ages people. Although dementia mainly affects older people, it is not a normal part of ageing. Dementia has different types but the most common is Alzheimer's disease which accounts for 60 to 80 percentages of cases.  Dementia is one of the major causes of disability and dependency among older people worldwide. Dementia has a physical, psychological, social, and economic impact, not only on people with dementia, but also on their career, families and society at large.

Vascular dementia is a general disorder caused by brain damage due to impaired flow of blood. While suffering from this people face problems during reasoning, planning, judgement and other memory thought process related problems. Vascular dementia is the second most common type of dementia (after Alzheimer's disease), affecting around 150,000 people in the UK.

The most common thing to treat a dementia patient is to take proper care and support. Dementia can be treated if it is detected at early stages. Some of the common medicine which can stop the progression of dementia in a person's body are Donepezil (Aricept), Rivastigmine (Exelon) and Galantamine (Razadyne) -  work by boosting levels of a chemical messenger involved in memory and judgment.

Biomarkers are measures of what is happening inside the living body, shown by the results of laboratory and imaging tests. Biomarkers can help doctors and scientists diagnose diseases and health conditions, find health risks in a person, monitor responses to treatment, and see how a person's disease or health condition changes over time. In Alzheimer's disease and related dementias, the most widely used biomarkers measure changes in the size and function of the brain and its parts, as well as levels of certain proteins seen on brain scans and in cerebrospinal fluid and blood.

Activities with patients with dementia are structured to progress from the simple to the complex and are intended to be interactive for short bursts of time. Although clinicians often facilitate the interaction, a family member can do it just as easily. Volunteers and nursing students are a great resource for engaging patients with dementia in activities. Families also have extended periods of downtime in hospitals, where often any type of education or reading that they can engage in to pass the time is greatly appreciated. Teaching families these methods not only helps clinical staff manage the patient's care throughout a stay, but also helps the family increase their own skills in caring for a loved One.

Clinical trials are research studies conducted in people to determine whether treatments are safe and effective. Without clinical research and the help of human volunteers, there can be no better treatments, no prevention and no cure for Alzheimer's disease. Treatments aimed at reducing symptoms. During this type of trial, new drugs and variations of existing drugs that aim to reduce the symptoms of Alzheimer's disease are tested. Studies of existing drugs explore whether changing the dose, taking the medication on a different schedule (more or less often), or combining it with other medications might further reduce or delay symptoms. Many clinical studies focus on finding better ways to accurately diagnose Alzheimer's disease, particularly in the early stages. These studies will hopefully lead to a trusted and easy-to-apply method that enables physicians to diagnose persons at risk for the disease - even before symptoms appear - and begin treatment (once such Alzheimer's treatments exist) in time to prevent the development of dementia. Diagnostic studies are vital to the advancement of Alzheimer's research because they identify which individuals to treat and provide doctors with a way to track whether a treatment is working.

Beta-amyloid is a small piece of a larger protein called amyloid precursor protein (APP). Although scientists have not yet determined APP's normal function, they know a great deal about how it appears to work. In its complete form, APP extends from the inside of brain cells to the outside by passing through the fatty membrane around the cell. When APP is "activated" to do its normal job, it is cut by other proteins into separate, smaller sections that stay inside and outside cells. There are several different ways APP can be cut; under some circumstances, one of the pieces produced is beta-amyloid. Beta-amyloid is chemically "stickier" than other fragments produced when APP is cut. It accumulates in stages into microscopic amyloid plaques that are considered a hallmark of a brain affected by Alzheimer's. The pieces first form small clusters called oligomers, then chains of clusters called fibrils, then "mats" of fibrils called beta-sheets. The final stage is plaques, which contain clumps of beta-sheets and other substances.

The role of neuroimaging in Alzheimer's disease nowadays extends beyond its traditional role of excluding neurosurgical lesions. Radiological findings may support the diagnosis of specific neurodegenerative disorders and sometimes radiological findings are necessary to confirm the diagnosis. It is a challenge for neuroimaging to contribute to the early diagnosis of neurodegenerative diseases such as Alzheimer's disease. Early diagnosis includes recognition of pre-dementia conditions, such as mild cognitive impairment (MCI). In addition, early diagnosis allows early treatment using currently available therapies or new therapies in the future. Neuroimaging may also be used to assess disease progression and is adopted in current trials investigating MCI and AD.

With recent advancement in amyloid imaging, diagnostic application of this new modality has become a great interest among researchers.  We report here a case of a 37-year-old male patient whose initial complaints comprised of gradual cognitive decline, apraxia, disorientation and sleep disturbances. 18F-Florbetaben amyloid imaging of the patient showed diffuse amyloid retention with prominent striatal uptake. This finding supports the clinical utility of amyloid imaging in diagnostic process of early-onset AD. Moreover, striatal dominant uptake pattern demonstrated in this patient include some meaningful clinical implications that warrant special attention among clinicians. Alzheimer's disease is a progressive brain disorder that slowly destroys memory and thinking skills, and eventually the ability of brain to do the day to day tasks and is irreversible. Experts say that this is a type of dementia that causes problems with memory, thinking and behaviour, and suggest that more than 5 million people are suffering. 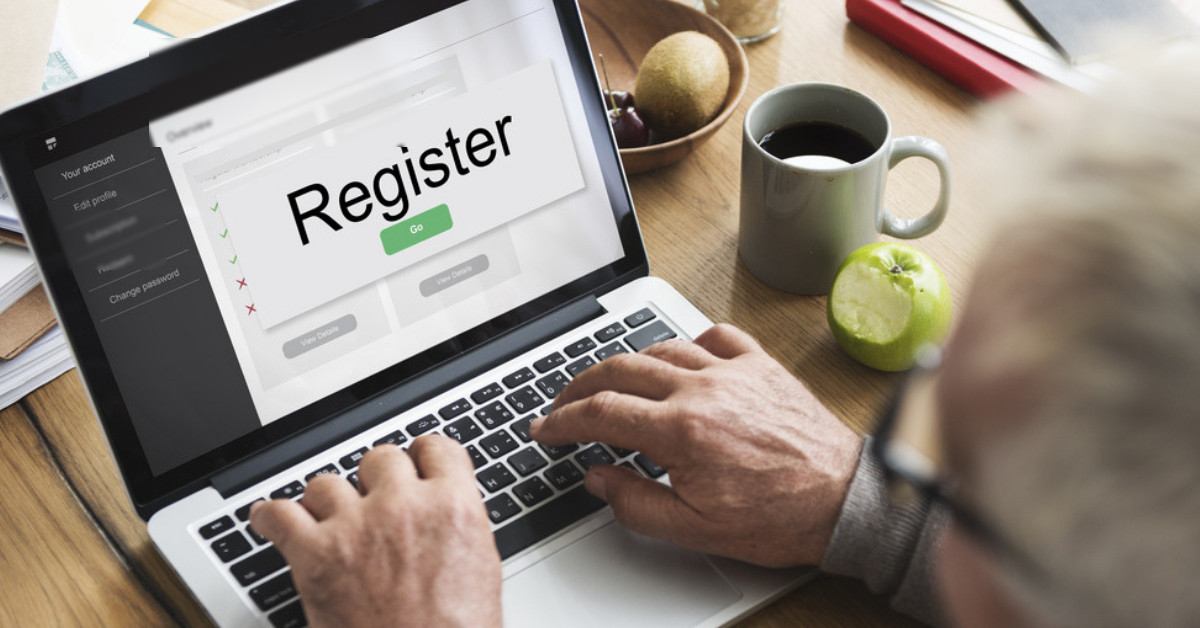 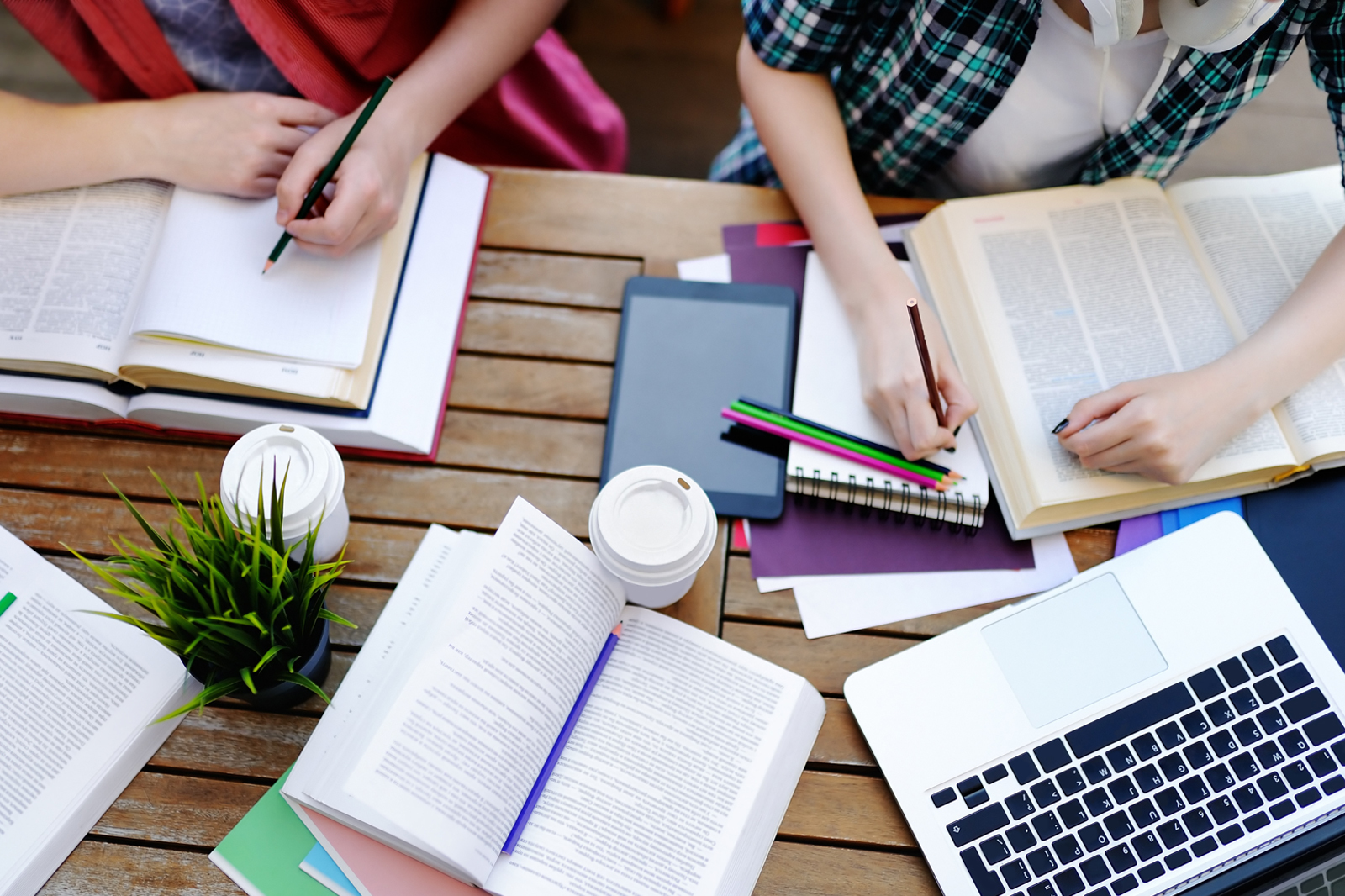 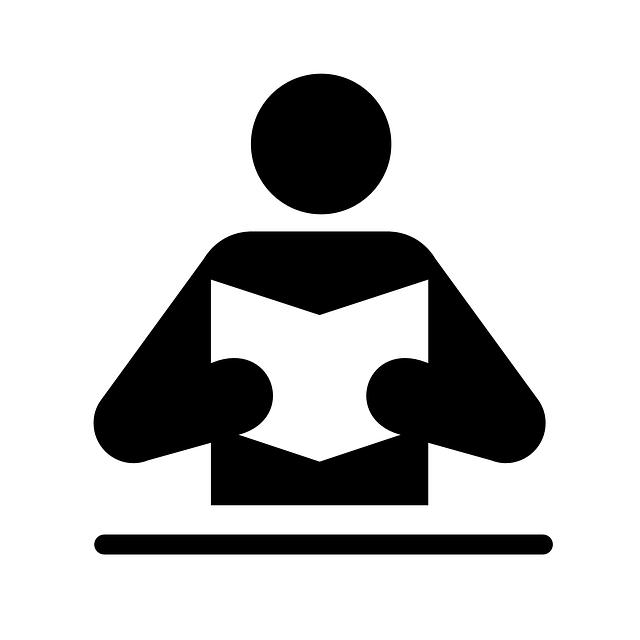 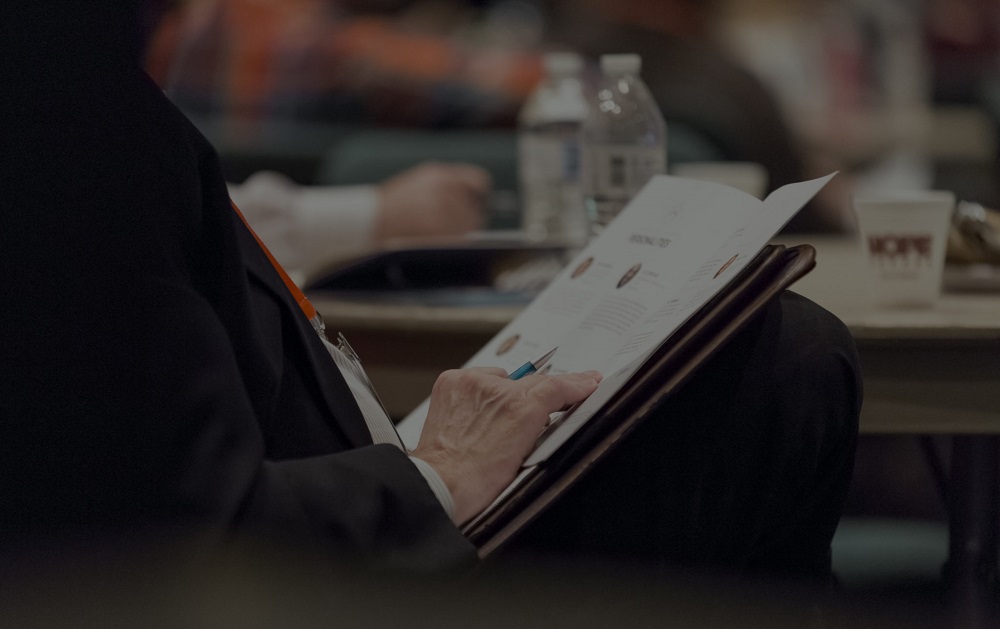 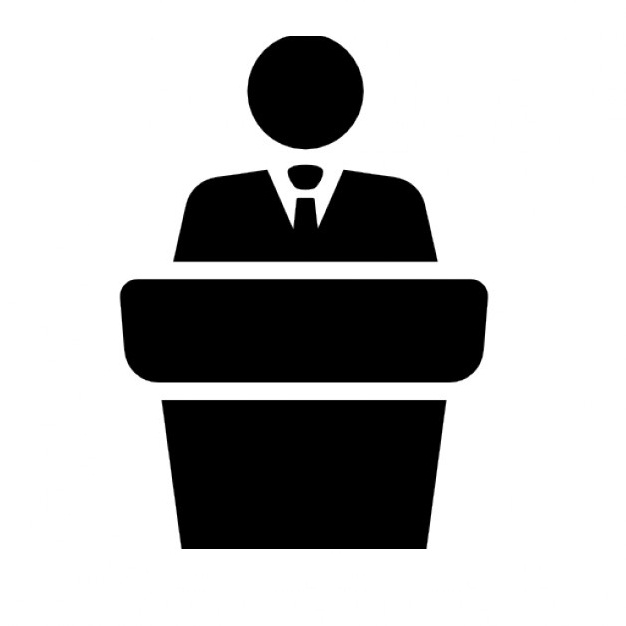 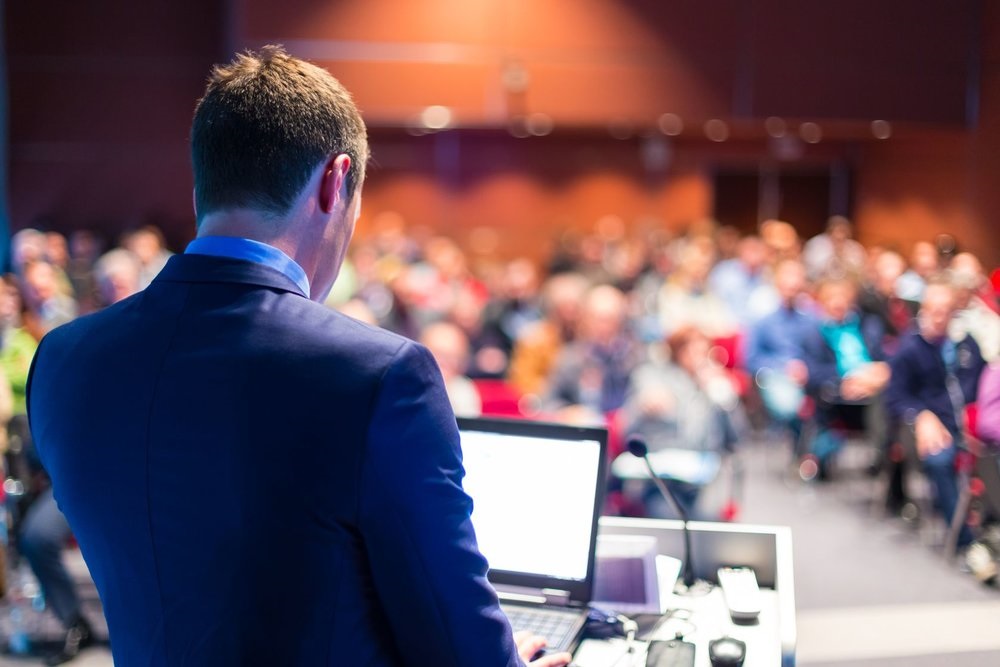 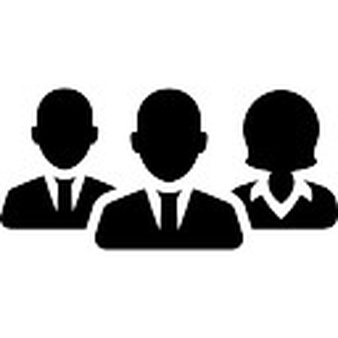 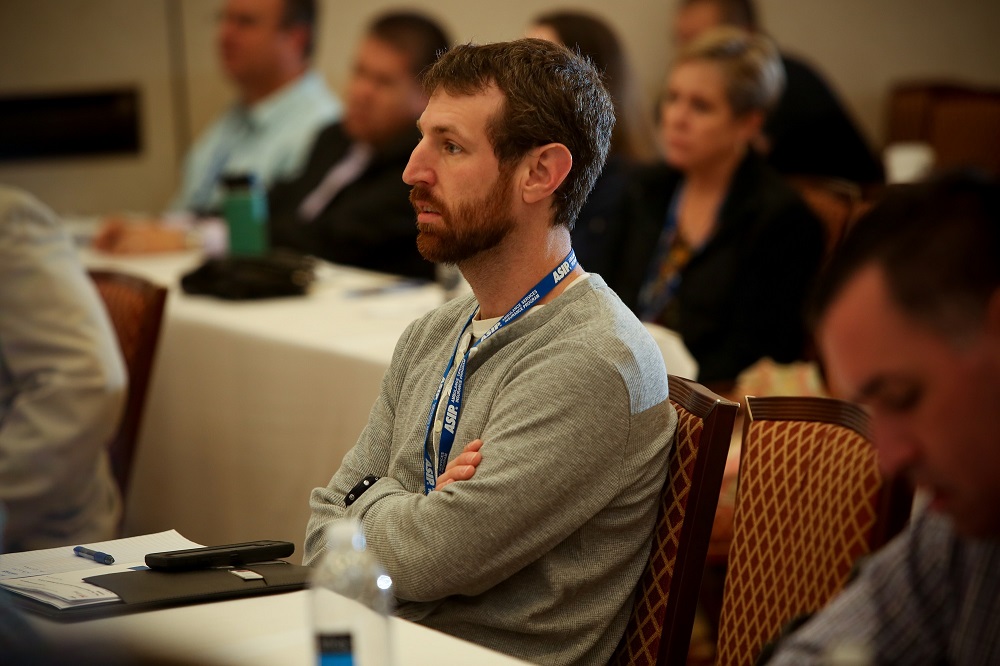